By using this site, you signify that you agree to be bound by these Terms of Use.

Isle of Man Walks countdown to launch of the “Twin Town Walks” in Port Erin and Port St Mary! 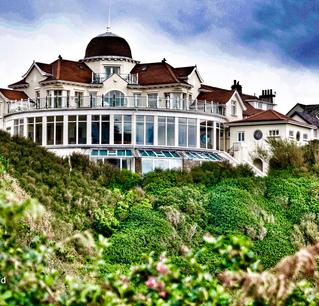 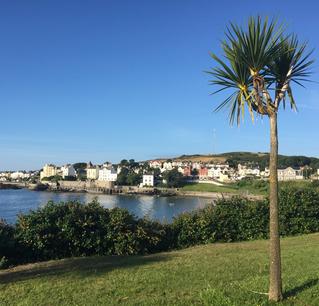 Have you ever wandered along the promenades of Port Erin and Port St Mary and wondered more about the history of some of the buildings as you pass them by?

Isle of Man Walks is the innovative new mobile app created by Rushen Heritage Trust to open up new walking experiences for local residents and visitors to the island in a way that has never been done before!

Using “beacon technology”, the app is a virtual library of audio, films and photographs that anyone with an Apple or Android smartphone can access for free as they walk along a specific route. It could be a shipwreck along the coastal path or some interesting facts about the local wildlife. It could be the history and ancestry of one of the buildings along the promenade or stories and memories collected from across the decades that you may never have heard before.

Isle of Man Walks is the first mobile app in the world to use beacons within an outdoor heritage walk, allowing you to access the local history and heritage of a place at the single touch of a button.

Beacon technology was originally developed by Apple for use in retail stores to give shoppers a more customised experience but RHT are leading the way by taking the technology out of doors. Users can now download the free app and use it in an offline mode as they walk along a set route, and the beacons at specific waypoints will trigger information within the app. This means that the user can then explore all of the images, films and audio pieces linked to that waypoint before they move on to the next.

Volunteers in our Story of the Land Heritage Action Team have spent the last year researching historical documents, stories and legends, Manx language and local wildlife to build an extraordinary collection of films, audio and photographs for the local community and visitors to the island to share.

Staffan Overgaard, who coordinates the team, came up with the app idea on a visit to The Hague where he saw a similar idea in one of the galleries. “The technology is innovative,” says Staffan, “but the important part is the content you can discover as you walk. You can even improve your Manx!”

This summer, a special group of Pilot Testers and volunteers have been using the app along the coastal path from Port St Mary to the Sound but now, RHT are ready to launch two new town walks in Port St Mary and Port Erin as part of Manx National Heritage Week.

Come along to Bradda Glen Restaurant in Port Erin from 11am on Saturday 1st October, where the two new walks will be officially launched by five-time winner of the Parish Walk Robbie Callister.

The team will be giving demonstrations of how to download and use the app for free and what the beacons look like. There will be a ‘mini walk’ for you to try to show you how they work too!

Rushen Heritage Trust is a charity led by volunteers, who create their own projects to preserve the heritage of our local community. Our four Heritage Action Teams cover various topics of interest and have attracted over 5,000 visitors to our exhibitions this summer alone. The investment and development of Isle of Man Walks has been very exciting for the Trust, as we have invested heavily in developing the app and have exclusive rights to use it on all Isle of Man walking trails.

The development of the app has been sponsored by the Manx Lottery Trust, the Donny Collister Trust and the Gough Ritchie Trust. There are plans to extend the coastal route to Port Erin in 2017 and then on to Fleshwick in 2018. Other heritage organisations, such as Pilgrimage Isle of Man who are our first partner of the app, will also be able to licence its use outside of Rushen in order to develop their own trails around the island.